In a dramatic turn of events the Supreme Court has ruled in favour of United Family International Church (UFIC) leader Emmanuel Makandiwa, who was facing a US$6,5 million lawsuit by Upenyu and Blessing Mashangwa over alleged fake prophecies, defamation and fraud.

Blessing had a same plot with Jay Israel in 2020 before they were exposed.

The prophet has remained adamant throughout the whole process indicating that the truth will always prevail.

There has been several cases and stories fabricated to bring the prophet down but its seemingly not working as he has resorted to fight back in silence .

The decision by Supreme court nullifies all the allegations and implies that the prophet is innocent. This is just another attempt by people being used by darkness to tarnish the people of God. 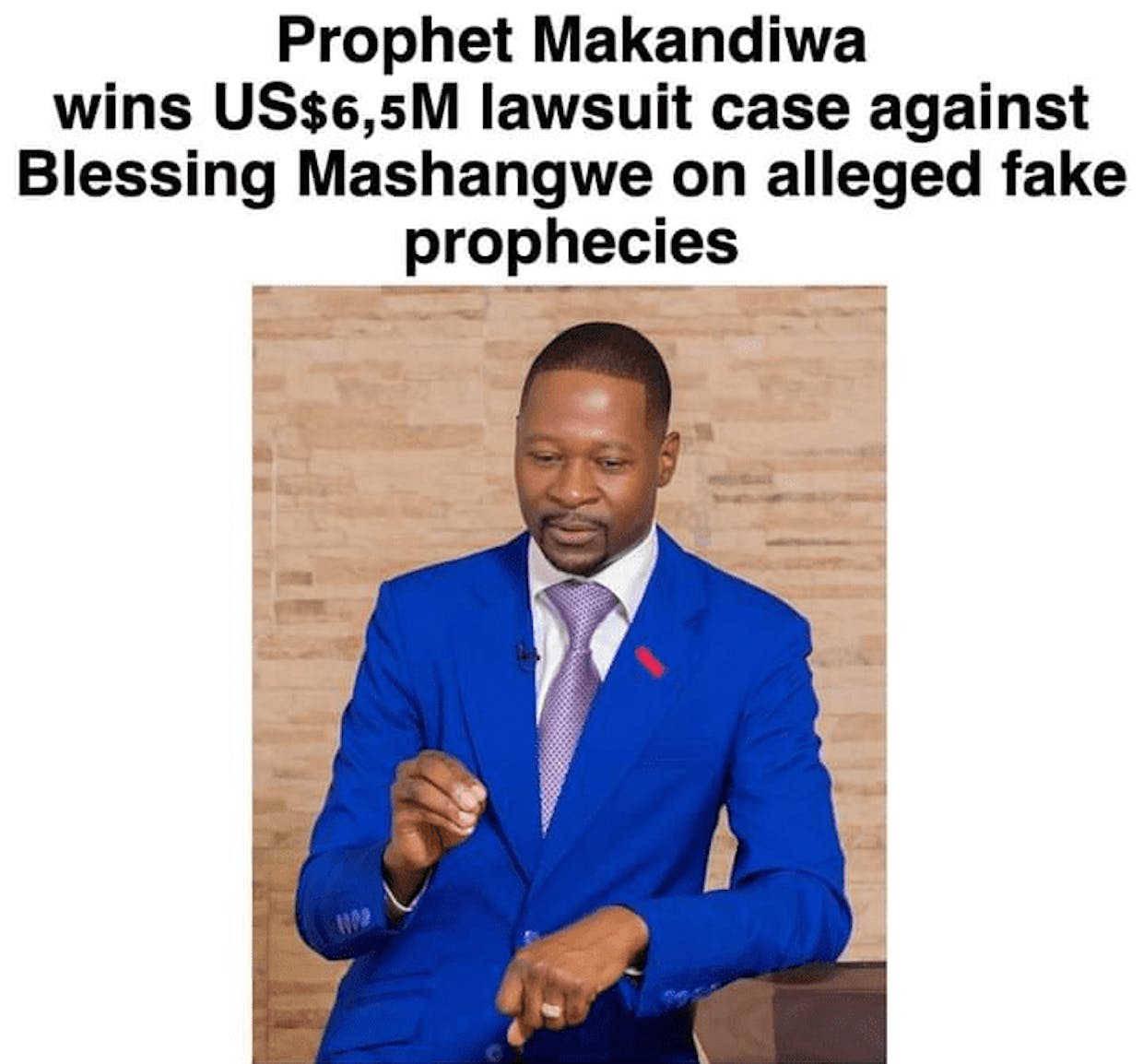